How to reach us

how to reach us | Entrances to the hospital | Parking 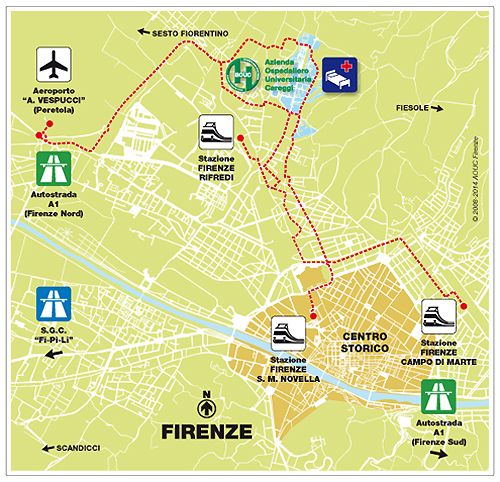 The Careggi University Hospital is located in Largo Brambilla, 3 a Firenze, in the northern suburb of Florence city, not far away from the city center, and can be reached either by car or by all other public transport (bus and taxi).

It is possible to arrive by train, using the main train stations (Santa Maria Novella and Rifredi).

The city's airport (Amerigo Vespucci, Peretola), situated in the north-west, is about 6 km away and connects the city of Florence with the major Italian and European cities.

Currently the area of Careggi Hospital and the surrounding road network are undergoing major modernization works; we apologize for the inconvenience caused by the numerous construction sites, both inside and outside Careggi Hospital, for the unavoidable mobility delays.

To facilitate the movement within the Hospital area (see Map of the hospital), there is a free shuttle bus service.

For accommodation (hotels, etc.) please visit the website of Tourism of the Metropolitan City of Florence

From the A1 Highway:  Firenze Nord exit, proceed towards Florence until the end of the highway (Peretola) and then follow the signs to Careggi Hospital.

From the A11 Highway:  go straight to the end of the highway (Peretola) and then follow the signs to Careggi Hospital.

From the Highway Junction Firenze - Siena: proceed to the roundabout at the Firenze Certosa exit and turn left onto the A1 Highway towards Bologna direction, then exit at Firenze Nord.

From the S.G.C. FI-PI-LI (The Grand Communication Road Florence-Pisa-Livorno): after the Scandicci exit, pass the entrance of the A1 Highway, exit at Careggi direction and take the roundabout towards the Viadotto dell’Indiano and cross over it. At the end, at the traffic light, go straight and follow the signs to Careggi Hospital.

For more information on these lines and other routes consult directly the  ATAF website.

The Careggi hospital is served by several suburban lines that connect it with the neighboring municipalities.

For more information on these lines and other routes consult directly  the ACV and COPIT websites.

For text messages to 334 66 22 550: write in the message the street and the street number where you are (or a known reference); you will receive a confirmation text message.

From the train station Florence Rifredi: take the ATAF bus 33.

The city's airport, which is located approximately 6 km from the hospital, is served by taxi, bus, tram (T2 and T1) car rentals.

The airport of Pisa, which is located approximately 90 Km from Careggi hospital, is connected to Florence by train and bus; car rental is also possible and in this case it is recommended the route via SGC FI-PI-LI. 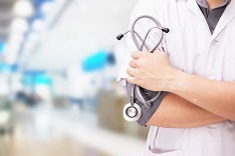 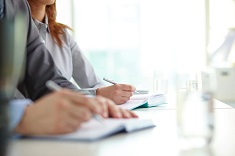 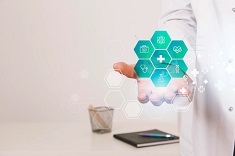 If you not change browser settings, you agree to it. Learn more